Short weekend trips are slowly becoming one of the trendiest ways to travel. In today’s hectic world, perhaps this is the only respite that some people get amidst busy lifestyles. Luckily, Kilkenny city is one such place. A perfect weekend getaway destination for all weekend warriors. This picturesque city in southeast Ireland is known for its medieval architecture and quaint atmosphere. It is a short hour and a half drive away from the capital Dublin and can also be reached via train. The city itself is a cosmopolitan area where the old meets the modern where one can find the best Vacation rentals in Kilkenny. Read on to know some of the best things to do in this charming medieval town.

With a history spanning centuries, Kilkenny, Ireland is dotted with countless historical landmarks. These relics of the city’s rich past serves as a window to life in years long gone.

The Medieval Mile is a discovery trail that starts from Kilkenny Castle all the way to St Canice’s Cathedral. Along the way, tourists are greeted with various pubs, shops, and other historical landmarks of the city. Some of the notable stops include the Shee Alms House, The Medieval Mile Museum, and the Kilkenny Town Hall. A must-try for people who enjoy scenic walks while learning a bit of history.

Marvel at the beauty of old churches

Ireland has had a long Christian tradition with Kilkenny having some of the country’s oldest churches. Here are notable churches to visit in the area.

St Canice’s Cathedral and Round Tower

This 13th-century cathedral is one of the most iconic ancient structure in Kilkenny. This stunning Church of Ireland cathedral is notable for its English Gothic architecture, colorful stained glass, and the tall round tower. The tower is one of the few historic landmarks in the country that are open to tourists. For a small fee, one can climb the towers’ steep steps to the top where a viewing deck gives a wonderful 360 view of the city. Most of the structure has been preserved even the tombstones that date back to medieval Ireland still stands to this day.

Another notable church to visit is St. Mary’s Cathedral, a stunning early English Gothic church. This Roman Catholic cathedral was completed in 1857 and was made out of cut limestone found locally. Since then, the Cathedral has had several major work done inside especially the Italian marble altar and the sacristy. Built at the top of Kilkenny’s highest point, this has become a recognizable landmark as it can be seen in almost all points within the city. The cathedral is open to the public and is a must-visit for history buffs.

This ancient priory used to be the home of Dominican friars back in the 1220s. It is found just outside the old city gates and has been an integral part of the spiritual life of Kilkenny during the Medieval ages. It was converted into a courthouse by King Henry VIII but was restored and reopened for religious functions during the 19th century. The abbey is known for its priceless artifacts including a sculpture of the Blessed Trinity a few other relics and the only known statue of St. Dominic in Ireland. The Abbey is also known for the eye-catching beauty of the rosary window. A series of detailed stained glass windows that depict the 15 mysteries of the Rosary.

Speaking of historic buildings, Kilkenny Castle is perhaps the most prominent historical landmark in Kilkenny City. The castle was once a wooden tower built by the Normans back in the 1700s overlooking the River Nore. It was then rebuilt into a stone castle with four towers, originally, but only three remain to this day. It has been bought by the Butler Family⁠—a noble family and wealthy landowners⁠—and has since been their residence until 1935 and has been given to the city in 1967.

Today, the castle is known for its Long Gallery, which has an extensive collection of Butler Family portraits, paintings, and tapestries that go back as far as the 17th century. The Gallery itself is as grandiose as the collection it holds. The ceiling is filled with a blend of Medieval and Celtic Motifs all done by John Hungerford Pollen.

Other notable rooms in the castle include the restored library and drawing room and the cafe in the castle’s basement. This popular tearoom used to be the castle’s kitchen and has since been a hit among visitors.

In front of the castle is a sprawling public park called Kilkenny Castle Park. The 21-hectare public park is popular among locals and tourists for its manicured lawns and the beautiful rose garden shaped like a Celtic Cross.

Built in the 13th century, Smithwick’s Brewery was once the home to Franciscan Monks for hundreds of years. It was closed down during the reign of Henry VIII in 1537. The old Abby was reopened and turned into a brewery by John Smithwick and his been brewing since then.

In commemoration of their 300th year, the brewery opened its doors to the public through guided tours. The tour takes guests through the brewery’s long and colorful history from its early beginnings up to the present day. The tour also takes guests through interactive exhibits including a holographic monk. At the end of the tour, guests get to try one of Smithwick’s three brews: blonde, red, and pale.

Kilkenny is not only teeming with history but also of modernity and modern delights. For visitors who want to experience something unique, here are two activities to try at the Kilkenny Activity Centre.

Perfect for people who love adrenaline-pumping action. Bring friends over and enjoy an action-packed afternoon and see who dominates the battlefield in a paintball showdown. For those who don’t like the ultra-competitiveness (and the pain!) of paintball can try Splatball. The paint bullets are less impactful perfect for the whole family. All the fun of paintball minus the pain. Both activities are done in safe venues with knowledgeable staff ready to help players. 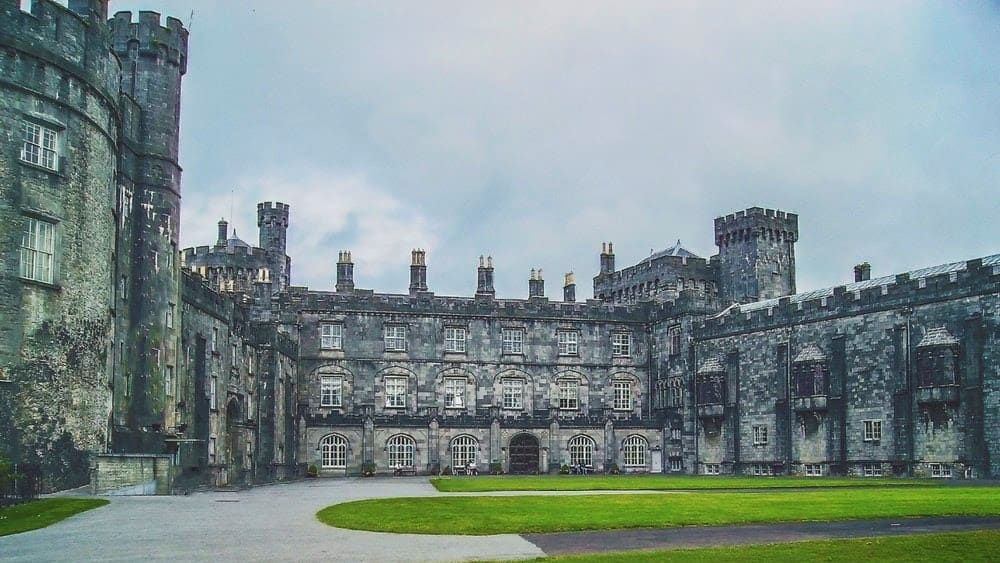 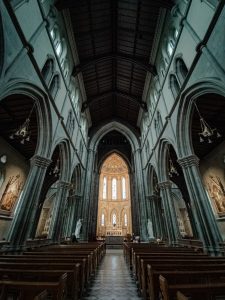 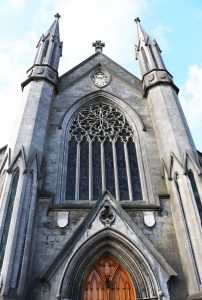 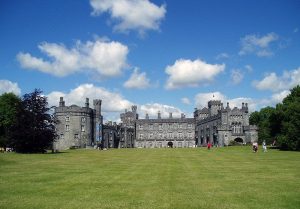